How Allulose Can Help You Say Goodbye to Sugar Cravings

Who hasn’t struggled at one point or another with cravings for sweets? And even if we don’t think we have much of a sweet tooth, if we’re eating a typical American diet, then we are very likely consuming a lot more sugar than we realize. Sugar addiction is one of the biggest reasons making a lasting switch to a ketogenic lifestyle can be challenging. If you have been worried about your sugar cravings or not being able to stick to the Keto Diet because of a sweet tooth, read on. In this article, we’ll discuss allulose, a natural sugar that might just be the perfect way to finally say goodbye to those pesky sugar cravings—without knocking you out of ketosis!

Sounds too good to be true? Read on!

Allulose (also known as d-psicose) is a rare sugar that occurs naturally in a small number of familiar foods, such as maple syrup, figs, raisins and jackfruit. It’s natural and non-GMO, so it carries none of the risks of artificial sweeteners or high fructose corn syrup.

Like glucose and fructose (the two monosaccharides that join together to form sucrose aka table sugar), it is also a single sugar. Monosaccharides are the simplest form of carbohydrates, and are classified as aldoses or ketoses. A sugar is a ketose if it contains a ketone functional group. Allulose is such a ketose.

The chemical formula of allulose, C6H12O6, is actually the same as that of fructose and glucose, but its atoms are arranged a little differently. This slight difference, however, makes a huge difference in how the body processes it. Unlike fructose, glucose and sucrose, allulose is not rapidly digested or absorbed by the body, and passes through the body without being metabolized. It is simply excreted in your urine, so it does not impact blood glucose or insulin levels. In fact, researchers have actually found that allulose can suppress glycemic response of other glycemic carbohydrates when tested with carbohydrates or within a meal[1, 2]. This makes allulose a keto-friendly sweetener that can be helpful when curbing those sugar cravings.

Vast amounts of research has conclusively shown that allulose will not take the body out of a state of ketosis.

You might already be familiar with another keto-friendly sweetener—erythritol. Allulose has a similar carb count as erythritol, but it does not have the same cooling mouthfeel and flavor of erythritol. (Not to mention, it also doesn’t have that potentially laxative effect.) Instead, allulose has the same delicious flavor and expected mouthfeel of regular sugar, but with just a fraction of the calories and carbs. It is about 70% as sweet as sugar, yet only has 10% of sugar’s calories. For every teaspoon of sugar you eat, you get almost 17 calories, but allulose has less than 1 calorie per teaspoon. This means you can use less than 1½ teaspoon to achieve the same amount of sweetness as sucrose, and still barely get 1.2 calories!

Unfortunately, although allulose is almost completely non-caloric, the Food and Drug Administration (FDA) still requires food companies to label it as a carb/sugar on the nutrition label. Although this will likely change in the future, for now, when counting carbs on the Keto Diet, you will need to deduct the carbs from allulose from the total carbs to get your actual net carbs.

But calorie and carb reduction in foods isn’t the only amazing benefit. As a non-digestible carb, it may actually help you metabolize fat and lose weight faster. Say what?!

Allulose May Help You Burn Fat

In the study, published recently in the journal Nutrition, researchers investigated the effects of a single dose of allulose on post-breakfast energy metabolism in 13 healthy individuals. Using a randomized, single-blind crossover design with a one-week washout period, the researchers had the test subjects consume a solution of either 5 g of allulose or 10 mg of an aspartame control following an overnight fast. Thirty minutes after drinking the solution, the individuals were all served the same exact breakfast. After that, they had their energy-metabolism evaluated using a breath-by-breath method. Their blood was also checked for relevant biomarkers.

Results showed that the people in the allulose group oxidized more fat for energy than the aspartame control subjects (who oxidized more carbohydrates). The allulose group’s plasma glucose levels were also significantly lower than the control group’s. And, best of all, their free fatty acid levels were significantly higher—indicating the allulose had boosted their fat metabolism. (Insulin, total cholesterol and triacylglycerol levels remained unmodified.)

The study’s authors concluded that allulose, at a low dose, enhances post-meal fat oxidation and decreases carbohydrate oxidation. This finding is very exciting. It suggests that allulose may help control and maintain healthy body weight by enhancing energy metabolism.

How To Use Allulose

Considered GRAS (Generally Recognized as Safe) by the FDA, allulose can be used alone or in combination with other non-caloric, non-glycemic sweeteners, such as stevia or monkfruit. Used alone, it provides 70% of the sweetness of sugar, but maintains all the functional properties of sugar, such as adding that pretty golden hue to the crust of baked goods and retaining moisture.

Because allulose tastes and functions just like sugar, it is super easy to use as a substitution in all your favorite non-keto recipes. It’s highly soluble at both low or high temperatures, so you can use it in practically any recipe you can think of, from beverages to baked goods to frozen desserts to jams and jellies to puddings and fillings.

When whipping egg whites for keto recipes, like keto bread, keto burger buns and keto meringue cookies, a pinch of allulose improves the foaming properties of the egg whites, and also helps the bread brown a bit. Allulose has excellent moisture-binding abilities, so those special keto treats can be savored for a while longer without hardening. Using allulose to make keto ice cream and other frozen desserts also yields excellent results, because it tends to not crystallize when frozen.

Feeling Inspired To Try Out The Magic Of Allulose For Yourself? Check Out Our Collection Of Keto Recipes. 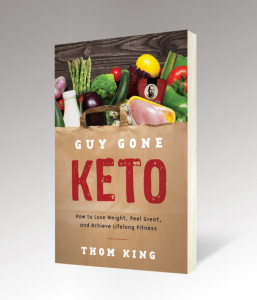 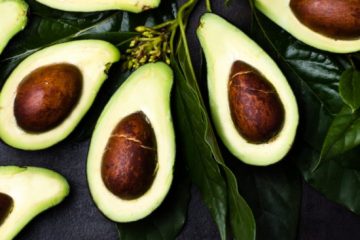 The Absolutely Worst & Best Fats for the Keto Diet

The ketogenic lifestyle contradicts the prevailing belief that “fat is bad.” In fact, the Keto Diet is based on the exact opposite idea. On the Keto Diet, fat should be the biggest source of calories Read more… 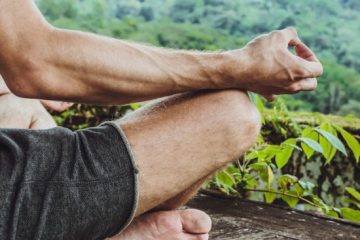 How You Can Start a Meditation Practice Today

When shifting to the ketogenic (keto) lifestyle, many people are discovering that a meditation practice can be a big help in accomplishing their life goals. Meditating is widely recognized as one of the most effective ways to counteract the effects of daily stress—one of the biggest contributing factors of many diseases. Having a regular meditation practice has been shown to lower blood cortisol levels. It's also a wonderful way to get connected to yourself, your needs, and your aspirations. It can improve your ability to stay focused, give you clarity and purpose, and help you get more out of your days. Having a regular meditation practice can potentially even unwind the effects of epigenetic and generational trauma. 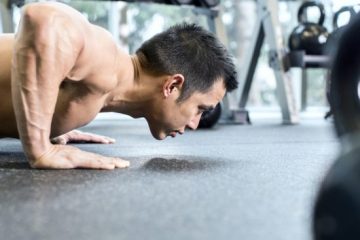 How to Motivate Yourself to Make a Lifestyle Change

The secret to getting things done is fairly simple: Just do them. How to motivate yourself to do them can be another story. Why is it so hard to do things that we want to Read more…